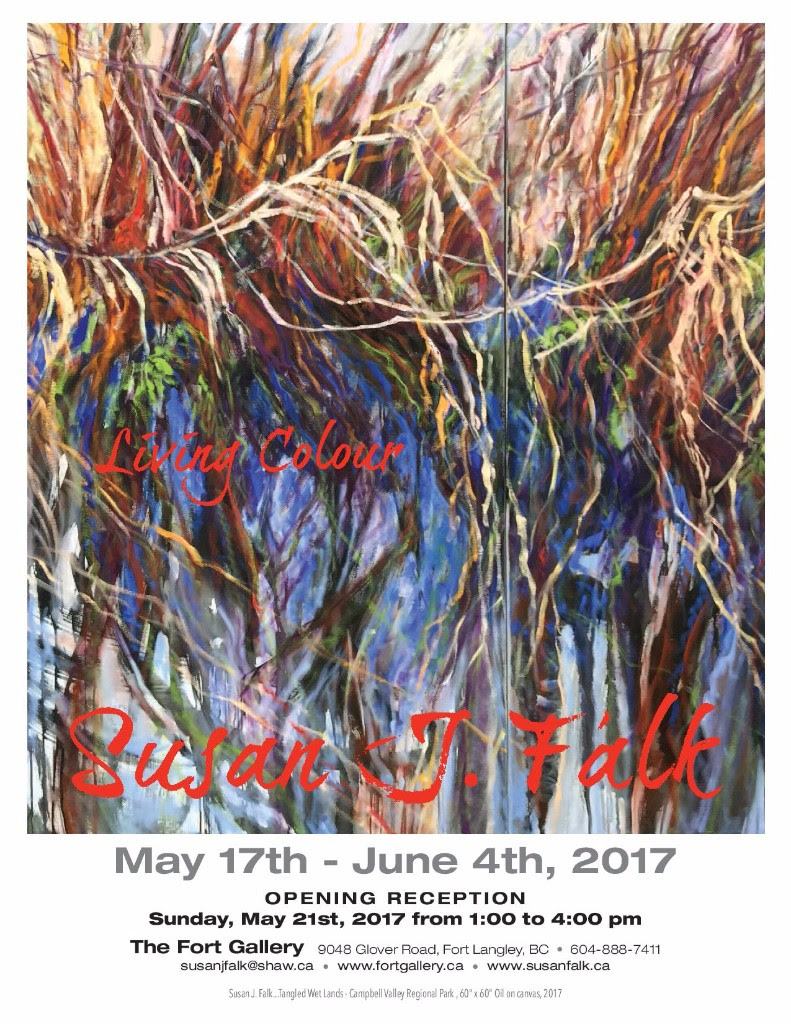 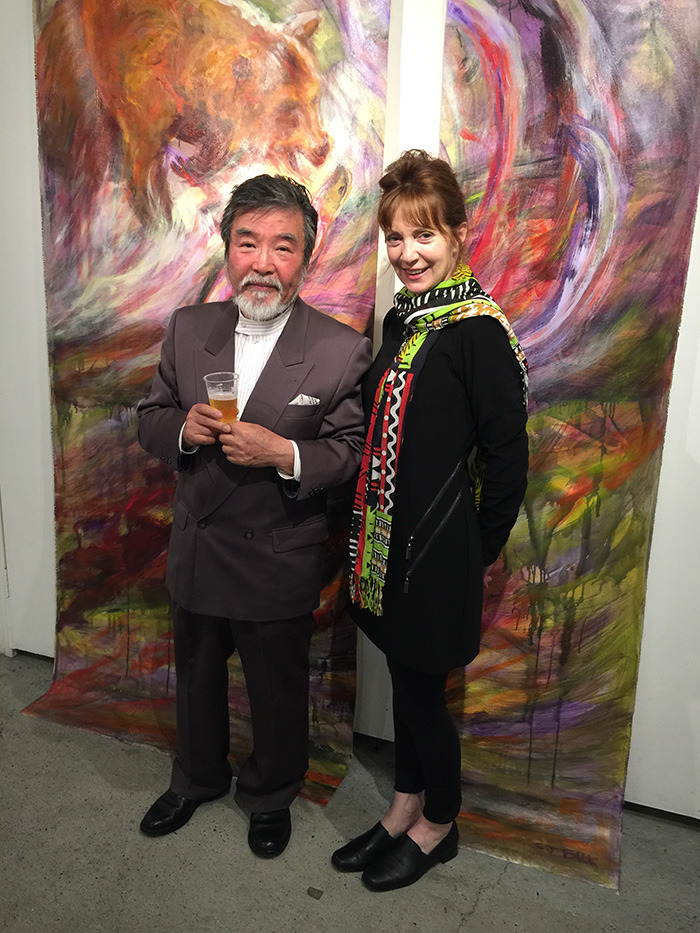 Susan Falk’s “Written in the Forest” 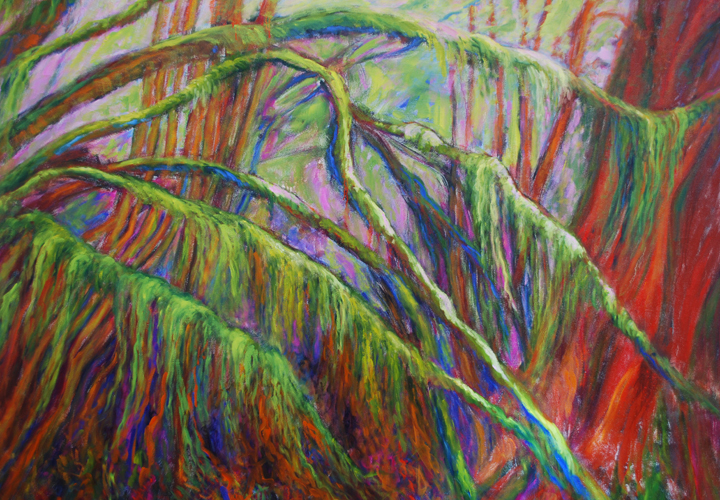 When poets’ words and a painter’s brushstrokes come together to create entirely unique pieces of art it could be fate … or it could be Written in the Forest.

That is the title Langley painter Susan Falk has chosen for a new exhibit of her work — the result of her collaboration with a collection of Lower Mainland poets — which opens at the Fort Gallery this weekend.

A portion of the proceeds from the sales will go to Watchers of Langley Forests (WOLF), a local non-profit group which fought to save 25 acres of mature-growth forest in North Langley, known as McLellan Forest from being sold for development.

Roughly 60 per cent of that land,  which is located in Glen Valley, has now been set aside, but WOLF is continuing to work to have that portion and the remainder of the property formally preserved as a  park.

Among those who have  been heavily involved in the campaign to help preserve the forest is poet Susan McCaslin.

Falk said the poet first contacted her a few years ago about a possible collaboration. The timing wasn’t right, said the painter, but the women’s paths crossed once again in the forest last autumn and something clicked.

“I watched (the poets) perform — this was in the forest itself,” said Falk.

“One poet, Celeste Snowber, was doing a performance piece of one of her poems. With the forest and the light coming through, it was very dramatic and I started to think about how to blend the poetry and the painting.”

Through McCaslin, Falk put out a call for poetry related to the forest any forest, not just McLellan.

Once she had permission to use the work, the question became whether to paint each canvas based on the poetry’s imagery or to do the paintings and then see which poems lent themselves best to the artwork.

What she discovered was that all the artists, herself included, had come away with a similar sense of their surroundings.

“One continual energy was the green in the forest. It came up in a lot of the poems and I’m feeling that, too,” Falk said.

“The paintings came quickly. Then I began incorporating the poetry.”

Using a gold oil-based marker, Falk inscribed lines from a dozen poems across the finished canvases.

“Some (matches) came easy, others were trickier,” she said.

Mixing vibrant pinks, purples, reds, blues and oranges with the more traditional greens and browns of the moss laden branches within the thickly forested parcel of land, Falk created the 12 smaller pieces and one other, much larger, canvas. This one, at 6’ x 7’,  will be for sale as well, though not through the auction.

During the exhibit’s opening on Saturday, May 11, from noon to 3 p.m. the poets will give readings of their work inside the gallery. 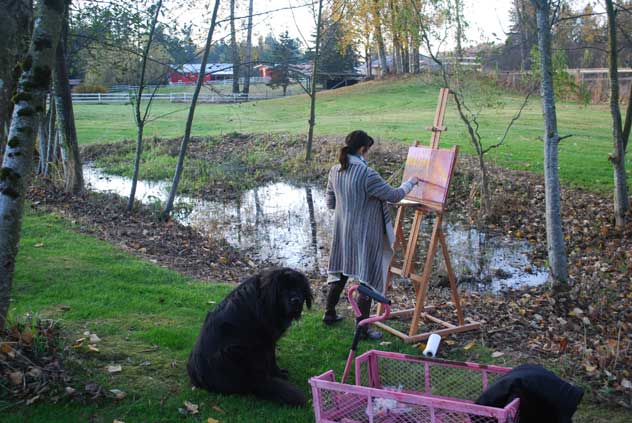 Great November day for plein air painting. My farm in South Langley has a few ponds on the property that always challenge me. After teaching so much these past few weeks indoors it is always a wonderful break to get outdoors and stretch the mind. I enjoy doing quick studies and have no choice but to move quite quickly because of the changes in light. Usually I give myself about 20 to 30 minutes and then start another one if the weather holds.

The horses come galloping towards you, in full movement, or so it seems to me, this novice in the world of horses and dressage. Dorothy is with me as we inspect this daunting painting. One cannot take it all in, in one glance.

I had missed the point, but my friend has had experience with horses. She educates me on the esoteric symbols – the letters that refer to various positions in the arena, the written words that are instructions that the judges call out and the various tests of a horse’s ability to go through the paces of Test 2. The judges box is off to the far left hand side.